How the Feminist Movement Paved the Path for Modern Art

The Feminist art movement launched in the late 1960s, around the same time the civil and queer rights movements began to pick up speed and sparked events such as Stonewall. Feminist artists fought to shed light on the female presence within art history and overcome the male-dominance the art world had fallen victim to. This movement provided women and girls with artistic opportunities that had not been available to them, and inspired the Identity and Activist art movements that began in the 80s.

Throughout history, the majority of women artists were unknown; the sexism that they endured cost them their passions, as they were often prevented from holding exhibitions and galleries for their work because of their gender. This was a result of the fact that what was considered the most important, influential art was largely associated with men. In fact, the entirety of the industry– or the “art world”– held very similar associations. This eventually led to a decline in the sophistication of the profession. It was often advertised and talked about as if it was a “boy’s club” (“Feminist Art Movement Overview”). Some artists that were openly womanizers were even glorified and praised despite their crude behaviors. As a response, women artists within the Feminist movement began creating alternative venues for their works of art and called for a change in the institutions’ policies to help make their presence known in the art world.

Within their work, feminist artists would use materials such as textiles, which were commonly associated with the female gender, rather than the traditionally male-dominated medias like paint. This not only helped them within the feminist movement but also enlarged the category of “fine art” as it questioned its definition. One example of a female artist who has forced people to expand their definition of art is Cindy Sherman. 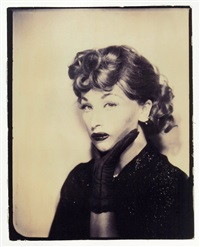 Cindy Sherman is a contemporary artist who uses photography as her main medium. She began her art journey painting realism in art school after the American Feminist movement had already taken off. She discovered photography once she had finished school (around the early 80s or late 70s) and decided to use it as a way to document and explore the various social roles of women that existed at that time. Sherman then began to wonder about the effects of the seductive and oppressive media that women had been subjected to and turned the camera on herself. She would capture herself role-playing a fantasy in Hollywood by dressing in the associated fashion and in different roles and poses. Her main goal was to shed light on the process behind the pretty faces in Hollywood, and expose the fact that they were simply a disguise of sexual desire and beauty that the Hollywood industry was using as a way to pull money from women’s pockets as they attempted to fit the unrealistic expectations and beauty standards. 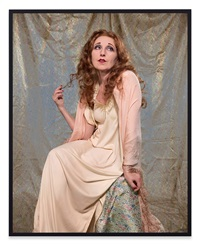 The Feminist Art movement ultimately paved the way for many female artists who would have never been able to achieve what they did without it. It was the beginning of a revolution that has provided girls today with the chance to be whoever they want to be. It was an incredible feat achieved by a group of amazing, strong women who can not be thanked or recognized enough for what they accomplished. If you have made it to the end of this article, I thank you. Thank you for taking the time to read a piece of art written by a 14-year-old girl who, if not for the Feminist movement, would never have gotten this chance.