Euphoria’s S2 Release: An Insight into the Teen Experience

Much to fans’ enthusiasm, HBO’s acclaimed TV series Euphoria has returned for a second season after two years! With its signature purple, carefully curated fashion, dreamlike soundtrack, and authentic perspective, Euphoria exemplifies unique media production that is innovating the industry.

Highly anticipated for its layer, the show has attracted teen audiences for many reasons. Not only does the show embody Gen Z’s aesthetic on the exterior, it also spotlights dark themes encountered in this age group — especially those which are sometimes hard or taboo to discuss. 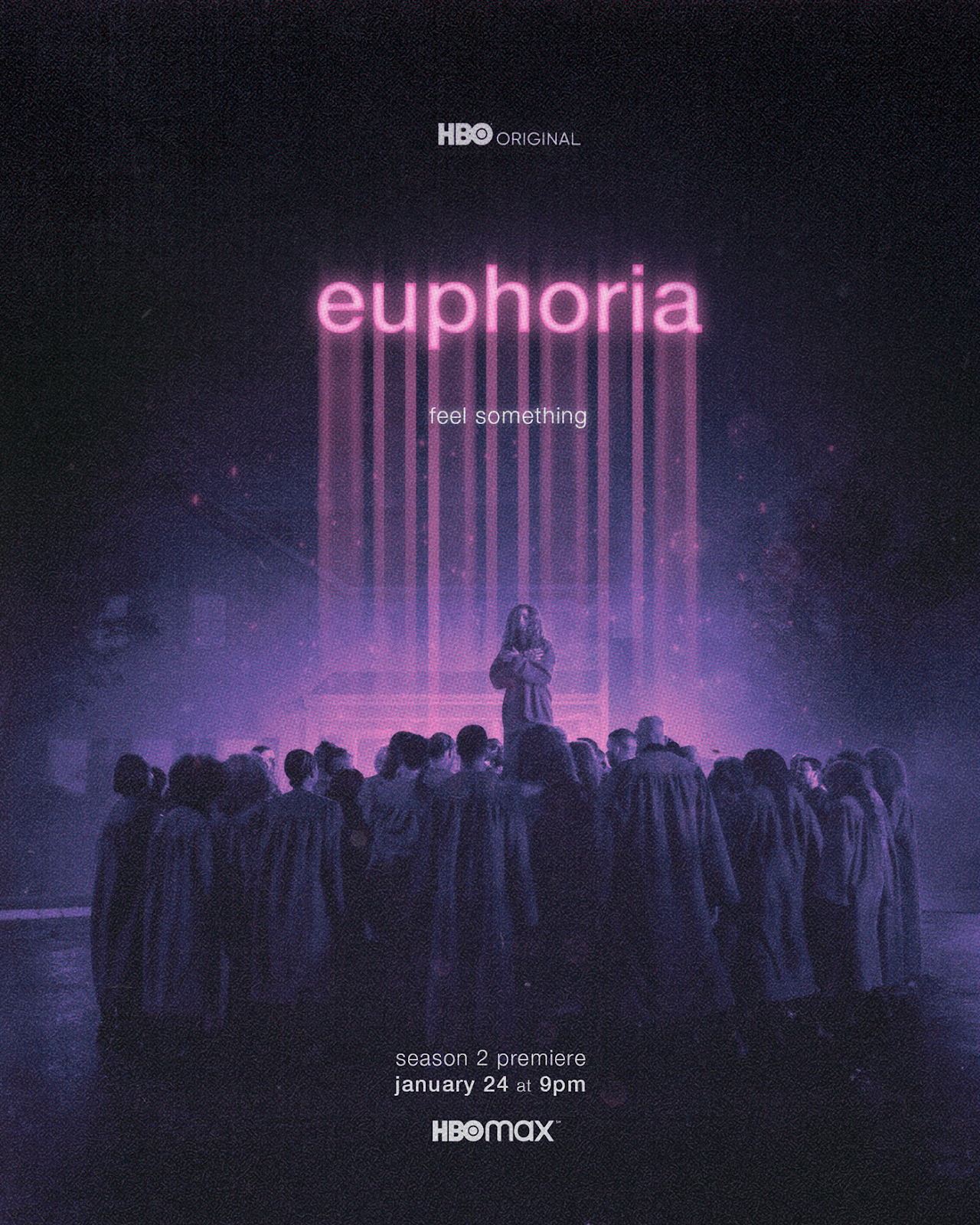 Euphoria has sparked conversation on topics ranging from abuse to addiction, which has relayed a narrative to people with both separate and similar experiences. Labrinth, soundtrack composer of Euphoria, writes in a Rolling Stone interview, “When you look back to your teenage days, it feels semi-magical but semi-crazy and semi-psychotic.” This quote alone encapsulates the idyllicism and chaos of teenage years found in the music of Euphoria.  And this effect of recreating the teen experience is elevated through overall visuals, including the show’s set, mise en scene, and setting. Combining sensory elements in cinema to deepen impact, Euphoria proves to be brilliant.  Though highly dramatized and glamorized, at its core Euphoria is the most realistic unrealistic depiction of the cumulative teenage experience.

By portraying such vastly different characters to create foils (seen in Maddy and Jules, Lexi and Rue) audiences are struck with contrasting pangs of empathy as these wildly different characters slowly unfold and counter expectations. Presenting such layered, multidimensional people on screen enables individuals to think beyond the typical “black and white” concept we might usually flock to. Very much like Breakfast Club, we are presented with stereotypes: The Athlete, The Princess, The Criminal, all negated, subverted and examined. Each of the characters is flawed and authentic. That is what makes it difficult for viewers to differentiate between good and bad, and in the same way, what is black and white.

This show has given viewers the opportunity to interpret teen life in a unique way through its singularity, style, and context. Thus, it challenges us to revise how the TV industry portrays coming of age. In purpose, Euphoria probes more deeply into subconscious constructs like stereotypes that exist in the media we consume and are most prevalent in teens’ lives. Generating more awareness to these unspoken parts of adolescence is paving the way for our and future generations to reflect on nostalgia, realization, and honesty regarding what is and what constitutes “the best years of one’s life”.

Stay tuned for HBOs rollout of Euphoria only on HBO MAX.